Since 2006, IPC has built engagement with parliament in a number of programs, such as: Indonesian Youth Parliament, Internship at MP’s for college students and young political parties cadres, advocacy on Election Act, Oil and Gas Act, Parliament Act, and implementation Public Information Disclosure Act.

Indonesian government signed the OGP declaration in 2011 and established the OGI secretariat in 2012. Actually, parliament has joined the Open Government Indonesia (OGI) with two commitments in 2014.

I think it is not to bad perspective. According to the perspective, I hope parliament can encouraged to build a better concept of openness rather than the Open Government concept. Finally, in August 2018, parliament declared the Open Parliament as commitments to transparency, participatory, and accountability.

There are some condition that encouraged declaration open Parliament in Indonesia.

There are some activities that we have been doing to encourage Open Parliament since 2016.

1. We have assesed the condition of parliament openeness

We need something to ensure that the Open parliament is a necessity. The answer is data. Assessment is needed to get some data. It is important to ensure that parliament has problems with transparency. For example, in 2016, we found that of 11 Commissions (committees) in the parliament, there were 3 commissions which not published the documents of brief report (short report/meeting conclution report).

After we submitted the assessment, parliament immediately increased the publication of their brief report. As a result, the number of short report publications increased in 2017 and 2018.

The condition was realized by parliament, as stated in the NAP 2018-2020, that parliament website was still limited and not updated yet.

2. We have made relationship with ally person (strategic partner) in parliament who have strong commitment on openness.

We need them explain the internal conditions of parliament and connect us to people who have authority for building Open Parliament, such as the Head of Bureau, General Secretary, chairman and deputy chairman of parliament.

3. We have promoted the concept of open parliament to Parliament

The another way to promote the Open Parliament is encouraging parliament to be involved in the Open Parliament agenda at the global level. We appreciate the Indonesian Parliament for participating in the Global Legislative Openness Conference Ukraine, in May 2017; and the Open Government Partnership Global Summit, Georgia, July 2018.

4. We have encouraged the parliament to declare Open Parliament

5. We have assisted to set up National Action Plans of Open Parliament

This is the IPC’s proposal for NAP, which was redesigned and detailed by parliament. Klik

6. We have been collaborating on implementation of NAP

Challenges of Open Parliament in Indonesia 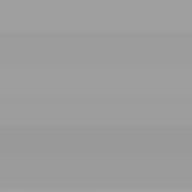